Nano-catalytic process to convert crude oil and heavy residues into light and heavy crude oil to reduce the molecular weight contaminants before entering the refineries in the nineteenth round of World Petroleum Congress in Madrid was presented. The high viscosity of heavy crude oil because of its properties, the amount of sulfur, heavy metals and nitrogen is very difficult to extract and transfer so that not only is it very difficult

But increase daily consumption of crude oil prices in international markets and also much lower than the light crude. Increasing reserves of heavy crude oil reservoirs capacity reductions style, heavy crude oil as a major energy source in the presence of 6 trillion barrels of heavy oil reserves in the world now Both turned the world with the production capacity of the near and far There are more than seventy countries in heavy oil reservoirs identified and recorded. It is necessary to use an effective process, heavy crude oil quality improvement to reduce the molecular weight and its contaminants to be removed before entering the refinery. Catalytic cracking and hydrocracking processes such as quality improvement processes heavy crude oil, but the pressure is very high because of high capital requirements and also having low productivity, low quality products they produce. Oil refining processes. Resolution 1. Conversion processes. These processes alter the size and molecular structure of hydrocarbons and includes 2 below: a. Analysis) divided by (b. Cloning) Composition (c. Replacement) new votes (
2
. The process of curing 3. Tuning and mixing 4
Catalytic cracking and thermal cracking things, analysis of the process of conversion. Hydrocracking therefore accept that analysis stage. Catalytic cracking and hydrocracking a two-step process includes hydrogenation Commission is that during this process the feed in the presence of hydrogen. This process is further broken down into products with value added at high pressure and temperature and the presence of a catalyst and hydrogen done . Hydrocracking is used to feed the catalytic cracking processes or catalytic conversion on them is difficult, such as crude oil, which is rich in polycyclic aromatics or sulfur and nitrogen compounds that contain high concentrations of toxic catalysts are. In hydrocracking catalysts typically consist of alumina, zeolite and platinum are used, but has just recently been invented for hydrocracking catalyst), platinum-nickel-molybdenum on zeolite base (used in heavy oil hydrocracking fall. It seems that the catalytic Hydrvkanvrzhn) + hydrogenation cracking (catalytic cracking is a process that uses a special catalyst nanoparticles used to make conventional hydrocracking process to be corrected.
Hydrvkanvrzhn, the process of catalytic cracking in the presence of nano-catalysts and hydrogen, which aims to convert heavy crude oil API with the cutting style 5) the degree of lightness (less than and also turn residues, heavy 34 over the API crude oil on slices of distillation This process is used, the appropriate operating conditions than other methods. ° C (to 400-450 bar and 60-70 at improving the quality of heavy oil) pressure

3
The advantages Hydrvkanvrzhn
. Usable for various foods with high levels of sulfur and heavy metals 1. Complete removal of heavy metals from oil 2% sulfur 60. Decrease (3% 1. The low coke formation) less than 4% CATALYST 95. Recovery of more than 5 (Drsd90-95). High efficiency 6. Having valuable byproducts such as ammonium sulfate and heavy metal oxides 7. Steam production unit for catalyst recovery and low cost of the catalyst 8. Flexible metal compounds and sulfur to flow and 9. Environmentally clean reaction compared with similar methods 10
Hydrvkanvrzhn process, a nano-scale catalyst particles with hydrogen in the presence of asphaltene and the failure of their approach (combination of more light is created, so the creation of a special catalyst system) a significant increase in the use of nanotechnology favorable reaction between reactants and speed of reaction there will be. During this process, hydrogen and catalyst to mix feed and food after heating and reach the appropriate temperature) heavy oil or heavy residues distillation tower (in the presence of hydrogen and nanotechnology, are .drvn reactor catalyst reactor cutting style and hydrogenation is more broken.

With two stage cooling and separation of high and low pressure, light gases, mainly hydrogen, the products after processing, the compressor in the beginning, separated liquid separation process at high pressure output .gaz·hay returned process and cutting liquid product of the distillation column are separated from each other .zrat heavy residual catalyst remains in the early stages of the recycling process will be sent. 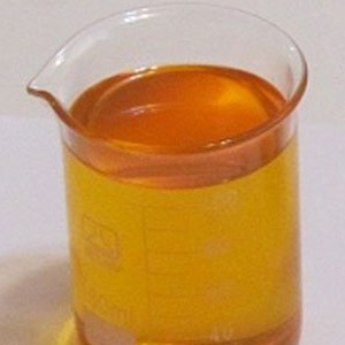